An Algerian military barracks was attacked by a suicide car bomber which resulted to the the death of a military personnel.

The identity of the perpetrators is yet unknown so also the reason behind the attack.

The attact which took place on Sunday close to Mali’s border, Adrar province of the Bordj Baji Mokhtar region, is the first in many years witnessed in Algeria. 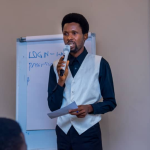 Nigerians In Fear As Isis Allegedly Threatens To Storm Nigeria